Cyan Forensics has reached an important milestone in the last few weeks, with reports coming in that Cyan Examiner is being used successfully by frontline forensics staff.

We don’t always know how far our customers have got in deploying our technology operationally, so seeing our work delivering on its promise of finding evidence fast is something that has everyone here very excited.

First reports of success in operational use came from a large police force in England, where Cyan Examiner is being used in the field with teams conducting forensics triage on Indecent Images of Children (IIoC) cases.

The feedback we are receiving is that it has quickly become an important first step in their triage process, and is regularly successful in highlighting IIoC on suspect devices in a fraction of the time conventional methods or manual searches could. 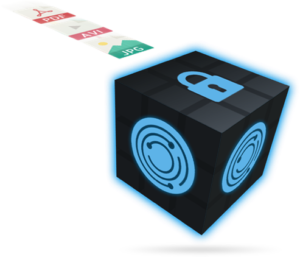 The force has built its own database from the cases it encounters in the course of its day to day work.  Cyan Collector is used to build a Contraband Filter (Cyan Forensics’ alternative to a hash set that allows for very fast search and secure sharing of data). There is a plan to update the Contraband Filter as new cases pass through the lab each month.

While a Contraband Filter created in this way represents far fewer images than some hash databases, operational success demonstrates that even small datasets can be effective if they include images that are widely circulated and appear on many suspect devices.

At this stage Cyan Examiner is being used to get “quick wins”, finding evidence to help with suspect interviews and to prioritise further examination of devices.  As the database becomes more comprehensive, or if existing national databases become available in Contraband Filter format, it may also be used to support decisions about which low-risk items on a suspect’s premises require investigation.

We’re delighted at how quickly this police force has been able to move from their first encounter with an evaluation kit through to getting real benefits from our software.